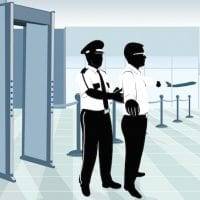 The bag in question was the same one I once used in medical school, as well as during my residency. In those environments it is not uncommon to encounter nitroglycerin as a treatment chemical, especially in the treatment of heart disease. Still, I was surprised to see the positive reaction. There were only trace amounts on the bag, but that was enough.

Other agents were summoned immediately, and, as they swarmed my baggage, I knew this was going to be a problem. I was told to stand clear of my belongings and to refrain from any contact with them. My bag was emptied, and they began to swab each individual item again and again. My phone was confiscated and I was told that I would not be allowed to contact anyone until the inspection was completed. When no other items tested positive, they turned their attention to another small carry-on bag. Every item was scrutinized as though their lives depended on their finding further evidence of a scurrilous scheme. My shoes were swabbed. The insoles were swabbed. My wallet was swabbed. Fortunately, nothing more was found.

After finding nothing in my luggage, they turned their attention to me personally. I was patted down extensively and vigorously. Again they found nothing. At this point I thought it best to speak up to offer a plausible explanation as to why the nitro might have been present on my bag. Their response was to call supervisors and other staff to help in the investigation. What they did not do was make any response to my explanation.

Finally the woman in charge asked me why we would have an explosive in a hospital. Of course I explained the medicinal benefits and how they had no correlation to any attempt to blow things up. She seemed somewhat mollified, but two men continued to swab my laptop and ask me about my travel itinerary. I answered those queries and produced my prescription pad and hospital ID to try to convince them my story was true.

Interestingly enough they did not swab my hands. I later found out that many hand sanitizing lotions contain glycerin which is also used in explosives. I lucked out because only my back pack tested positive. I think if more items had tested positive or had I used the glycerin hand sanitizer, I would have been detained even longer and faced even more scrutiny.

I finally got on the airplane and was attempting to nap when I awoke to a “code red” call and a frantic plea for a doctor or nurse on this flight. Of course I immediately responded. The medical emergency was not critical, and I was able to stabilize the patient. But I found it to be an ironic end to a stressful day; in the air, not one person asked me to prove I was a physician while it took me twenty minutes to prove who I was while going through security.

What do I make of all this? Here are some tips for the next time I travel which may serve other doctors (or even non doctors) as well. • Use a bag to travel that has never been to the hospital and carry proof that you are a physician.
• Use different shoes than you normally use at work.
• Use hand sanitizer that does not have glycerin. If by chance you have spilled hand sanitizer on your belongings,    use isopropyl alcohol to clean it off.
• If you handle fertilizer, this too can cause a positive reaction to swab testing.
• And of course, give yourself ample time at the airport just in case! 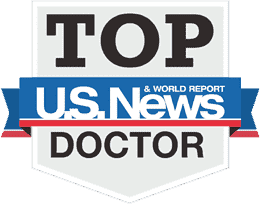